Do I need Cupping or Gua Sha?

Cupping and Gua Sha are also a part of Traditional Chinese Medicine and another treatment method used in the clinic to help you with your health journey.  Not everyone needs cupping or gua sha but if I feel it would be beneficial then I advise it when discussing our treatment plan. 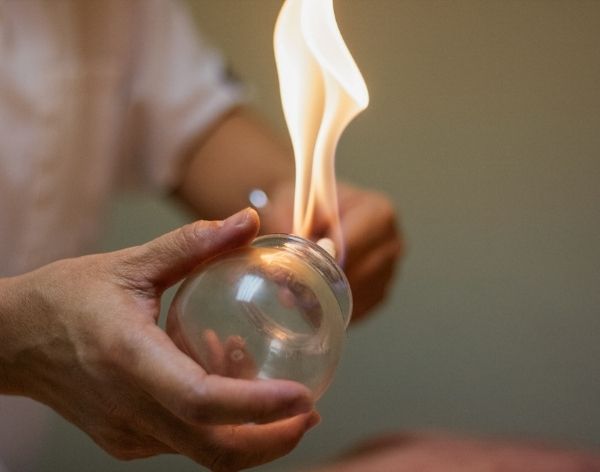 Cupping is a technique that uses small glass cups as suction devices that are placed on the skin and used to break up stagnation and move congestion by brining blood to the required area.  In dry cupping air is extracted from the sterile glass cups with fire and placed directly on the skin at specific locations dependant on the area being treated and left in place from 5 to 15 minutes. Sometimes you may experience sliding or gliding cupping that involves the use of massage oil. The massage oil will be applied to the skin of the area being treated and the cups will be moved along the skin of the area of muscle or channel to get the desired effect. Cupping is helped to remove blockages and stagnation within a channel or area of the body as without movement you experience pain. Bruising and mild discomfort to the area treated are common and you will find that the bruising will persist for up to 10 days after treatment. The treatment will leave a bruise in the treated area that usually fades within a week and at no time should the treatment hurt, but rather it feels firm. Cupping is quite safe when performed by a registered practitioner who is aware of the conditions that are not appropriate for cupping through their training.

What is Gua Sha?

Gua Sha is also known as scraping and another technique used in traditional Chinese medicine.  It consists of using a smooth blunt instrument to scrape in a certain direction across the affected area causing blood to come to the surface having a very similar effect to the cupping therapy.

The use of a lubricant such as tiger balm will be used during the scraping and will produce sha which refers to the redness that occurs indicating where the blood stagnation or heat is trapped in the body.  The colour and location of the sha can help in the Chinese diagnosis.